From Catalyst Systems to Cybersecurity Audits

Diverse Opportunities Working at a Startup

Two years ago, while working at a large chemical company, I had an itch to try something new, and the exciting world of software and technology startups intrigued me. A Seeq University video on Capsules and Conditions drew me to Seeq immediately – I knew that using Seeq would have saved me hundreds of hours of data analytics time as a process engineer, so I applied for an Analytics Engineering job. I was lucky enough to land that job in January 2019, and I was thrilled to help other process engineers like myself solve complex problems with time-series data. However, I had no idea what other opportunities were in store for me at a burgeoning startup.

As Seeq’s Software-as-a-Service offering grew, we decided to pursue SOC 2 (Service Organization Controls) compliance for Seeq SaaS. SOC 2 compliance gives our customers the confidence that Seeq handles their sensitive data in a manner that meets the highest standards of security, availability, processing integrity, and confidentiality. When my supervisor asked me to lead a cross-functional team of DevOps engineers, software developers, and human resources/administrative personnel to improve our cybersecurity systems and internal processes to meet SOC 2 standards, I was extremely intimidated – what did I know about IT and cybersecurity?

After much research and many discussions internally, I realized that running a proper SaaS Operation was like one of the last projects I worked on at my previous job – designing, installing, and starting up a hazardous catalyst delivery system. As technical lead on that project, I designed redundant safety controls, developed startup, maintenance, and shutdown procedures, and wrote disaster recovery procedures in case something went wrong. Running a SaaS service was similar, but instead of designing controls to safeguard a catalyst system, we designed controls to safeguard our customer’s data.

Seeq SaaS underwent a SOC 2 Type I audit in September 2020 and received an unqualified opinion (clean audit). Seeq plans to receive a SOC 2 Type II audit in 2021. I learned so much about cybersecurity, project management, and team leadership through that project, and it was only because I worked at a startup that I had the opportunity to lead that team. 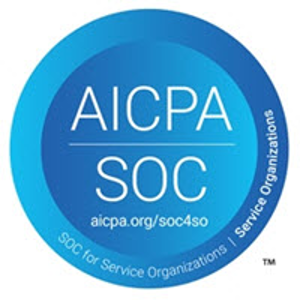 User training is essential to the success and growth of Seeq in a customer organization. Two years ago, when I started working at Seeq, we trained new users by teaching them how to use the point-and-click Tools available in Seeq Workbench. We would go through each tool, discuss the various inputs to the tool, and then give a demonstration on how the tool could be applied to time-series data. While this method was effective, we found that it was difficult to keep students (and ourselves!) engaged through several hours of training while we clicked through the tools in Workbench. We were determined to find a better way to train.

On a long train ride after a day of training, a coworker and I brainstormed on how to improve the Seeq training experience. We realized that our customer’s goal in using Seeq is to solve complex analytics problems, and that the approach to solving these problems follows a general pattern: Identify time periods of interest, quantify statistics during those periods, then build models or monitoring dashboards to analyze the process in real-time based on that analysis. Instead of a tools-focused training, we should teach students these analytics skills (identifying periods of interest, quantifying statistics, etc.) so that they can apply the tools to a variety of problems!

Since that conversation, we revamped our training curriculum to focus on teaching foundational data analytics skills. When I signed on to Seeq, I never thought that I would contribute to a world-class data analytics curriculum and would teach Seeq to hundreds of students around the world (pre-pandemic, of course…). 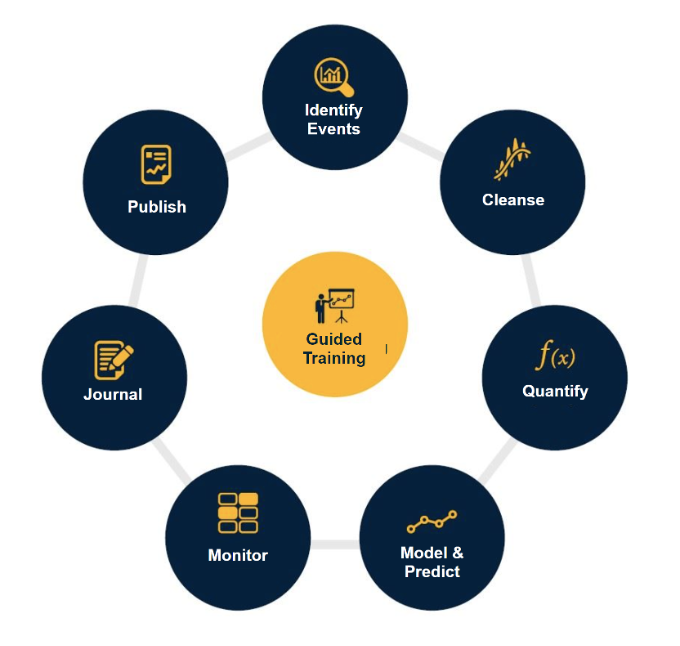 When Seeq Data Lab was released in late 2019, I didn’t see much use for it as a former process engineer. Coding in python was something that the software developers and data scientists did, not process engineers! I didn’t have any experience coding in python either, so I thought it would take too much time to become proficient and useful for our customers.

Soon after Data Lab’s release, one of our customers presented us with an interesting challenge: They have different process historians in their plants across the world, but the same unit operations at every plant. They face the same process issues across all of them. They wanted to develop a “template” that contained only historian data that was relevant to their challenges (rather than put every historian tag into the template), which they could easily use to scale across their unit operations around the world. We quickly identified this problem as one that could be solved with Seeq Data Lab.

After lots of Stack Overflowing and consultations with our Application Development team, I gradually improved my python abilities and was able to build a template for this customer’s critical unit operations using the Seeq Python (SPy) module in Seeq Data Lab. The customer didn’t see any of the code – they just used the deployed asset model to scale their analysis quickly across many complicated assets. This saved them tons of time and was tremendously valuable to them. 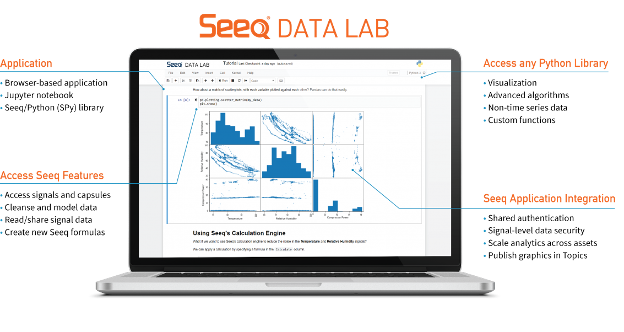 While the SOC 2 Audit, Training Program Development, and Seeq Data Lab have been three of my most memorable projects at Seeq so far, I’ve had chances to dive into countless other topics. I’ve learned so much about cloud technology through Seeq’s relationships with the cloud vendors, programming in Python through Seeq Data Lab, and sales and marketing techniques through many proof-of-concepts with customers, and general business strategy through our executive team. I am extremely grateful for the opportunities I’ve had at Seeq thus far, and am sure that we’ll face more interesting challenges as we grow.

Interested in joining our team at Seeq? Check out our open positions today!